Microbial samples such as gram-positive bacteria, yeast, and spores can be difficult to lyse due to their strong complex cell wall structures. The DANAGENE Microbial DNA kit replaces enzymatic lysis by utilizing mechanical disruption of cell wall structures with the Bead Microtubes. The Bead Microtubes can be used in combination with many compatible disruptive devices. 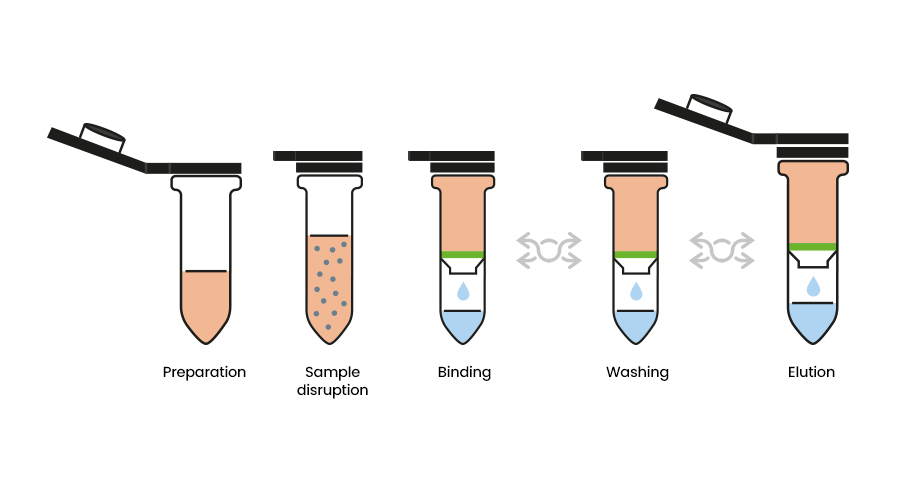 Beginning with a bead-beating protocol, cells are lysed through a combination of mechanical force, heat and detergent, vortexed using horizontal adapter for the Vortex Genie 2 Vortex or using others common disruption devices.

Appropriate DNA binding conditions to the Microbial DNA Columns are achieved by addition of large amounts of chaotropic salts (Binding Buffer) to the lysate. Contaminants are removed by two efficient washing steps. Afterwards, The resulting DNA is recovered in a DNA-free Tris buffer to use for subsequent reactions.

Download Protocol
230 / 5000
Resultados de traducción
This web site uses cookies for a better experience. We will assume that you agree to this, but you can opt out if you wish. Cookie settings ACCEPT
ACCEPT ALL

This website uses cookies to improve your experience while you navigate through the website. Out of these, the cookies that are categorized as necessary are stored on your browser as they are essential for the working of basic functionalities of the website. We also use third-party cookies that help us analyze and understand how you use this website. These cookies will be stored in your browser only with your consent. You also have the option to opt-out of these cookies. But opting out of some of these cookies may affect your browsing experience.
SAVE & ACCEPT